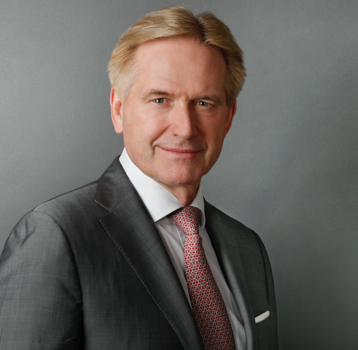 Dr Dierks has 30 years of healthcare experience and has held several senior executive positions in the pharmaceutical industry. He joined Neuraxpharm in 2018 from his previous post as Chief Executive Officer (CEO) of Meda, a Swedish specialty pharmaceutical company, which he held from 2013.

Jörg had been the Chief Operating Officer for Meda from 2005 and also assumed the role of Chief Scientific Officer for a period of time. He was instrumental in growing the business over many years and led its sale to Mylan in 2016 for $10bn.

Before joining Meda, Jörg was Chief Operating Officer at Viatris, a pharmaceutical company based in Germany.

Born in Bad Kreuznach, Germany, Jörg graduated from Johannes-Gutenberg-Universität zu Mainz with a degree in Human Medicine. This included working for a year in a hospital in Koblenz in 1986, earning him the title of Medical Doctor. One year later, Jörg was awarded the title of Doctor of Medicine. He also studied business administration for scientists at the Fernuniversität Gesamthochschule in Hagen.